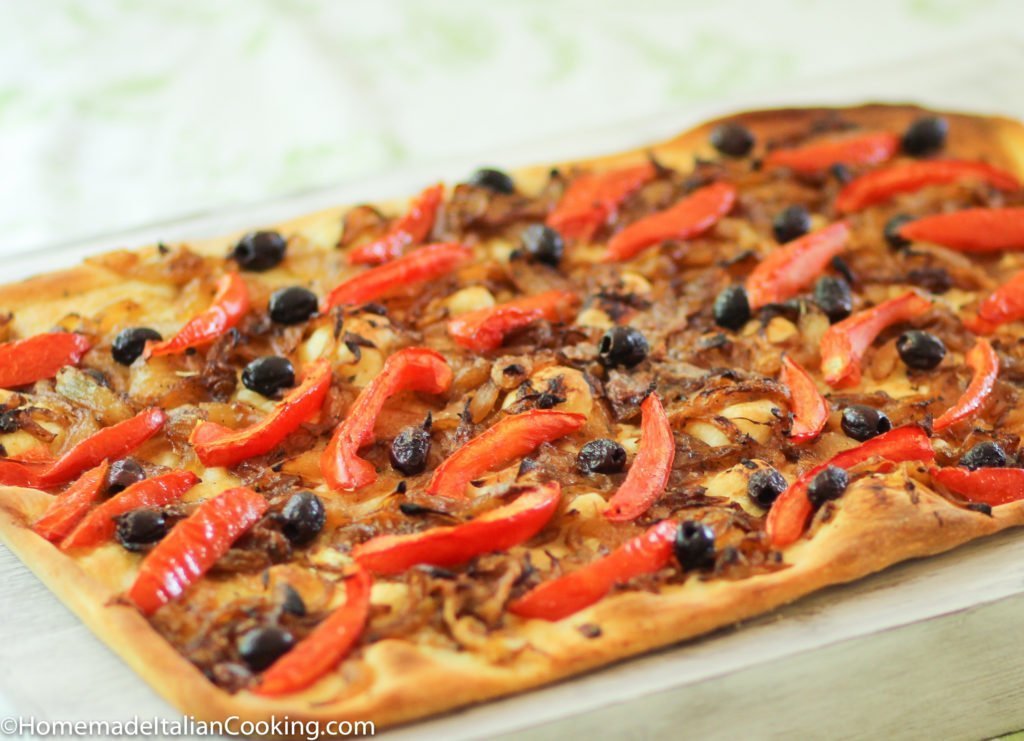 Pissaladière is a French Provencal tart or pizza made with caramelized onions, Nicoise olives and anchovies. The Principality of Monaco is about 3 square miles in size, and wedged between France and Italy. The Monaco version of a Pissaladière adds tomatoes to honor their Italian influence. This recipe is wonderful as a savory appetizer, easy to make, and delicious to snack on while watching the Grand Prix on TV or sitting on a sun-drenched terrace on the Mediterranean.

A true Pissaladière always adds anchovies to intensify the salty flavor against the sweet caramelized onions, and are placed in a diamond or X shape pattern on the dough with an olive in the middle. Since anchovies are not a big hit in our family I’ve made them optional in this recipe.  To celebrate the glamour of the Monaco Grand Prix, I used champagne to cook the onions, but white wine works too. 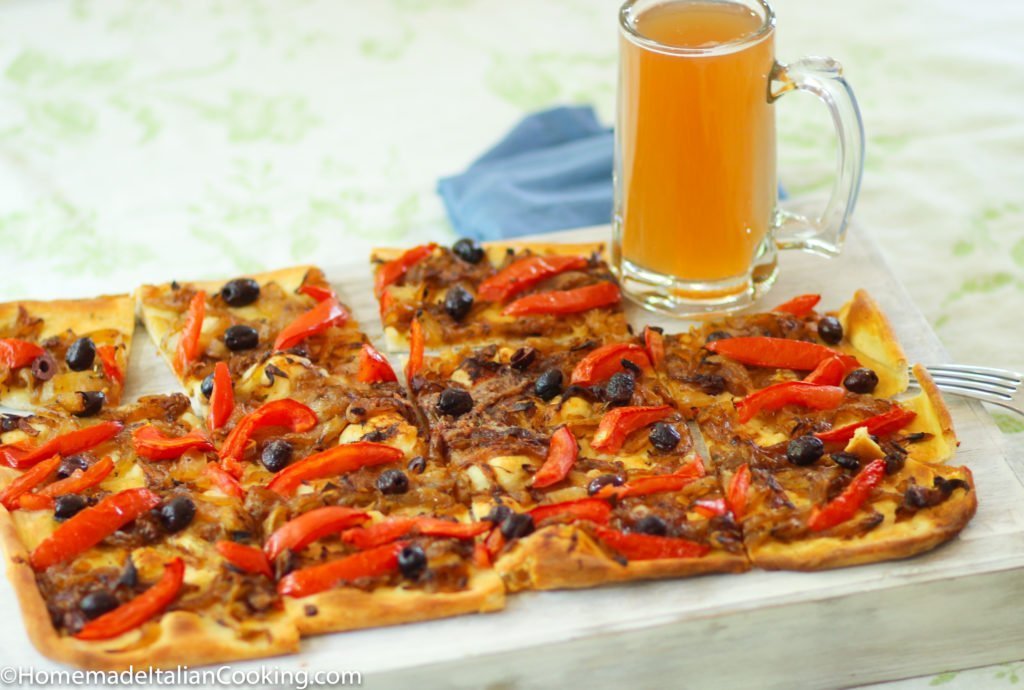 I served the Pissaladière with a “French Monaco”, a speciality drink make of ice cold Stella Artois beer, lemonade, and pomegranate syrup.

Update: Lewis Hamilton, Mercedes driver won the Grand Prix. Poor Danny Riccardo (Red Bull) got screwed by his pit team when they botched a tire change while he was in first place. Scuderia Ferrari's Vettel came in 4th. Canada is next on June 12th!

Monaco is probably the most famous of the Grand Prix races. The race takes place on the Circuit de Monaco, a race track on the winding streets of the stunningly beautiful towns of Monte Carlo and La Condamine which are situated on the harbour in the Principality of Monaco.  It is breathtaking to watch.  All eyes will be on the Mercedes Team, the Scuderia Ferrari Team, and Red Bull’s 18-year-old wonderkid Max Verstappen as they battle it out. Chris Hemsworth looks good in Ferrai red. 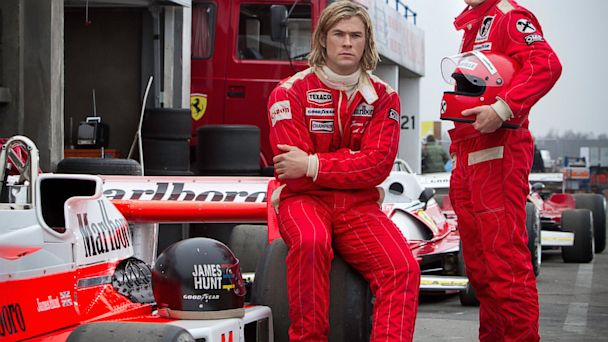 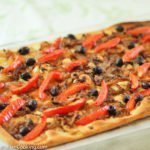