My sister Marisa and I recently had the pleasure of taking a class on Sicilian Cuisine at La Scuola di Eataly in Chicago with Chef Adam Weisell.  Chef Weisell grew up in Rome, and was trained by Mario Batali.  Boy, can this guy cook! 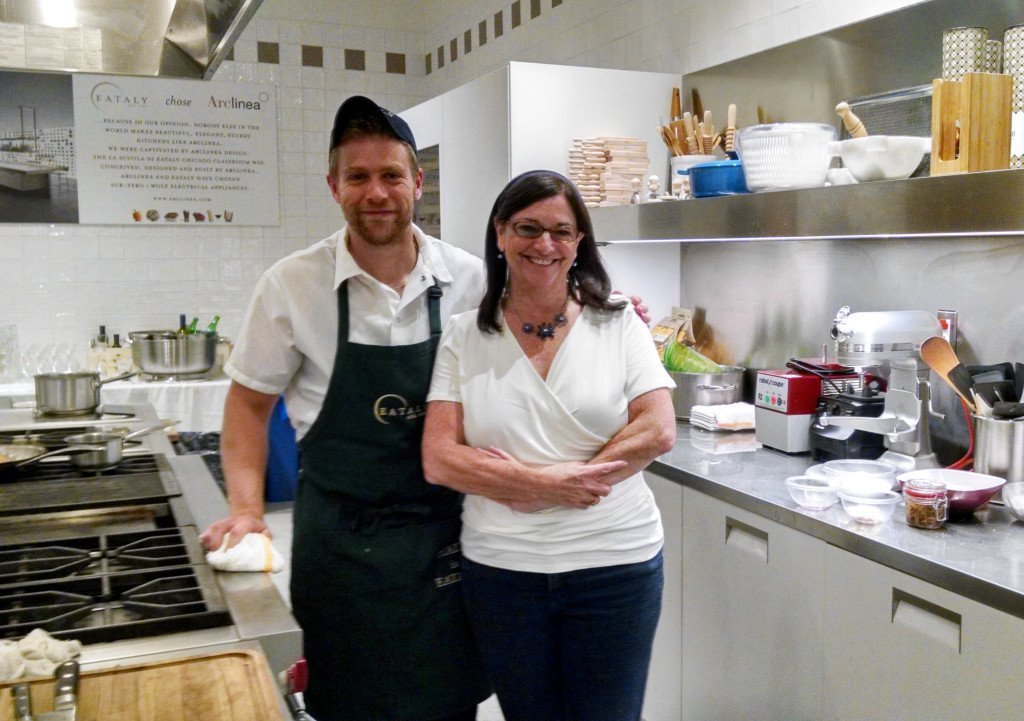 He showed us how to make Sicilian Roast Chicken with Lemon, Orange and Ginger and talked about the history of  Sicilian cuisine - a unique blend of Roman, Greek, Spanish, Jewish and Arabic cultures.  Saveur Magazine did a great article on the history of cooking in Sicily that I highly recommend reading if you are interested. Sicily is a Mediterranean island lush with citrus groves, and was a favorite port for traders in the Old World. Roman and Arabic traders brought ginger to Sicily so it was natural to find ways to use those ingredients in their local cooking. When added with the ubiquitous garlic and olive oil, two other staples of Italian cooking, the resulting flavor is invigorating, spicy, and sassy!

Chef Weisell used chicken thighs instead of a whole roasting chicken as called for in the original recipe. I think that was an inspired choice, since thighs are not only cheaper but are perfectly suited for this dish. The meat is moist and holds the flavors well.  I love how he infuses every part of the chicken with the citrus/ginger mixture  - under the skin, in a marinade and basting during roasting! Chef served the thighs with roasted baby potatoes cooked on a sheet pan in olive oil for about 20 minutes at 375 degrees and tossed with fresh marjoram, salt and pepper.

Thank you for a wonderful meal Chef! 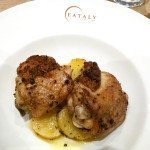 This Sicilian chicken dish is wonderful for a Sunday dinner or for a crowd. The original recipe called for a whole roasting chicken, but using chicken thighs is cheaper and can be made in a large roasting pan. Garnish with lemons, oranges and ginger.
Course Meat
Prep Time 15 minutes
Cook Time 45 minutes
Total Time 1 hour
Author Homemade Italian Cooking with Cara