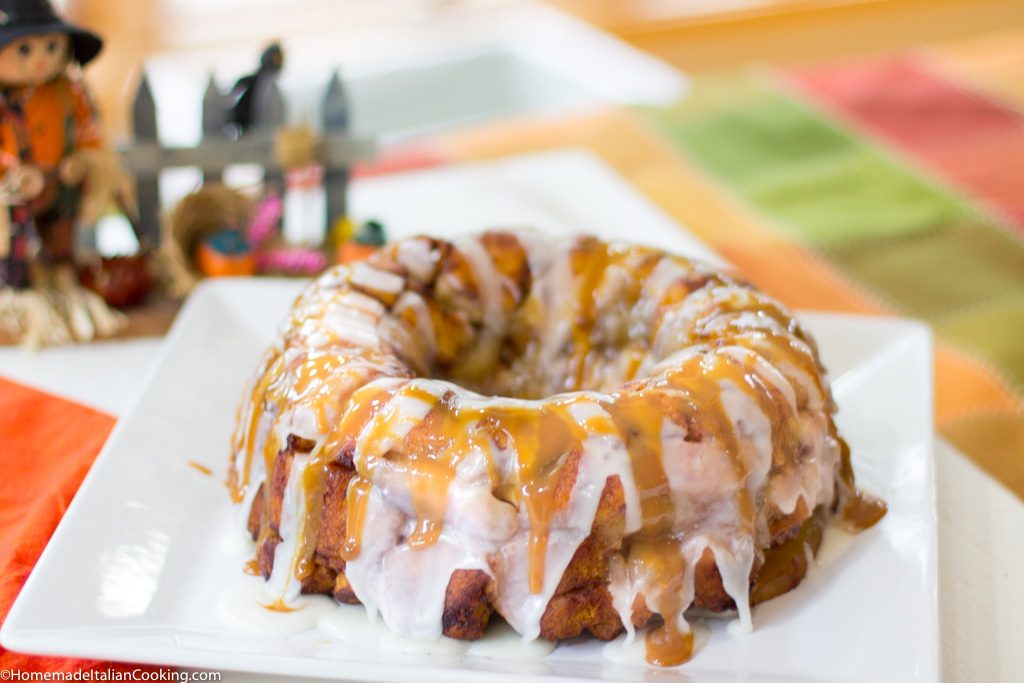 Apple Pie Cinnamon Roll Monkey Bread is the perfect weekend morning treat for your family!  The smell of apple pie and cinnamon rolls baking in the oven permeates the kitchen.  Add a good cup of coffee as a great way to start the weekend! It is quick and easy to make. You need only 5 ingredients! Monkey Bread will be a new favorite for kids as well as adults. 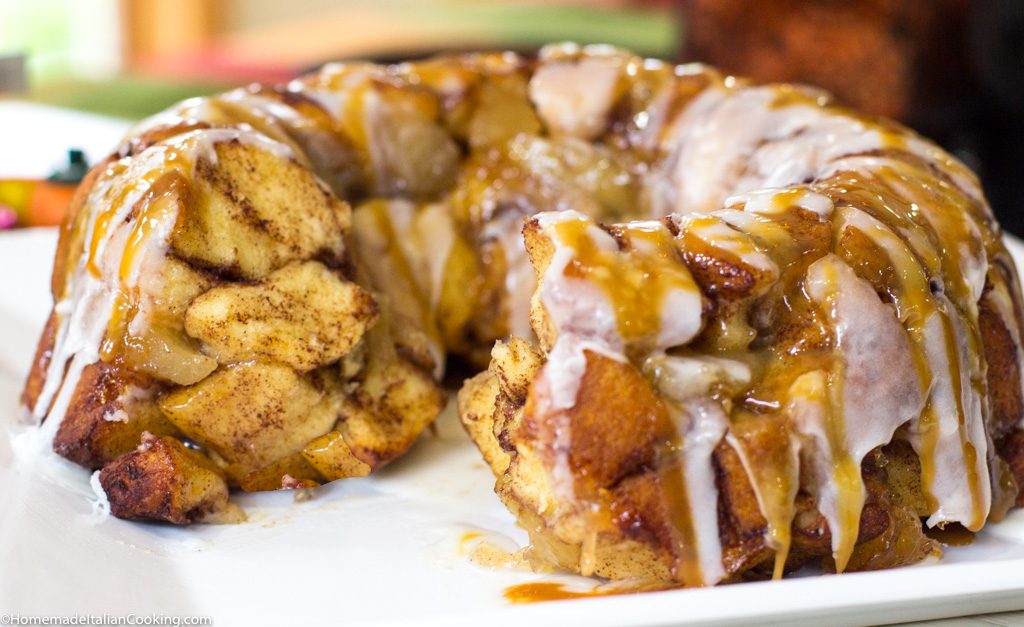 Monkey Bread is meant to be pulled apart with your fingers. However, this Glazed Apple Pie Cinnamon Roll Monkey Bread version is a sticky mess and is best sliced and eaten with a fork. I love it served slightly warm – about 30 seconds in the microwave.

The BEST part of this Monkey Bread recipe is that it only takes a few ingredients that can be found in your pantry – tubes of yeasty Cinnamon Rolls, a can of Apple Pie filing, some butter, cinnamon and brown sugar. Just don’t use the biscuit-style rolls. Look for a good yeast-based roll.  Layer the dough and filling in a fluted tube (bundt) pan and bake for 30 minutes. So fast and easy!  I like quick treats that can be made with pantry items. 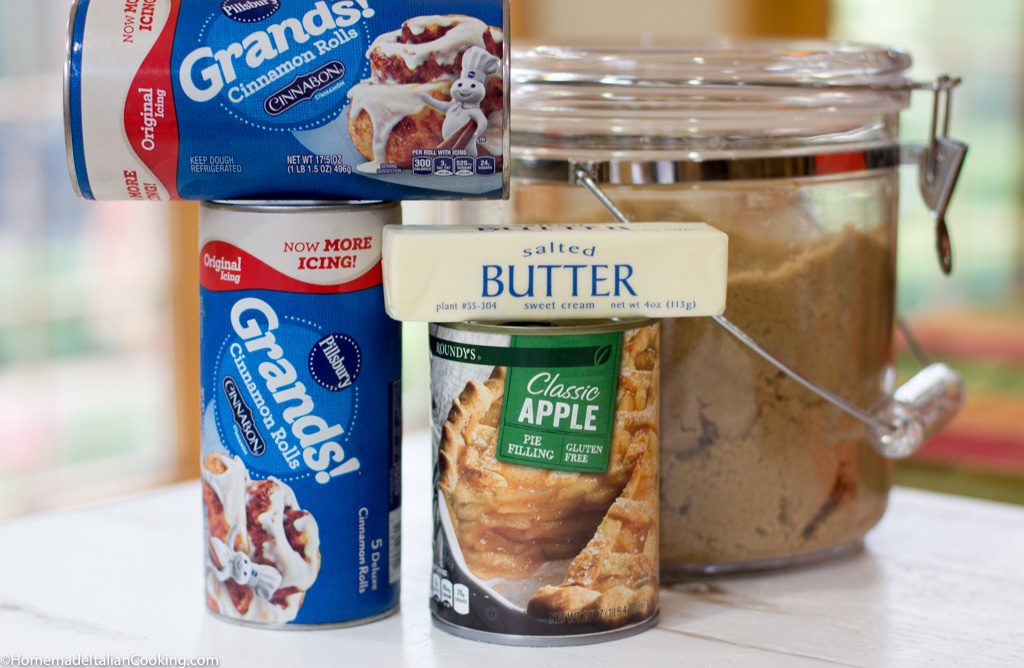 Here is the step by step guide:

Cut the cinnamon rolls from the tube in bite-size pieces, about 6 – 8 per roll. 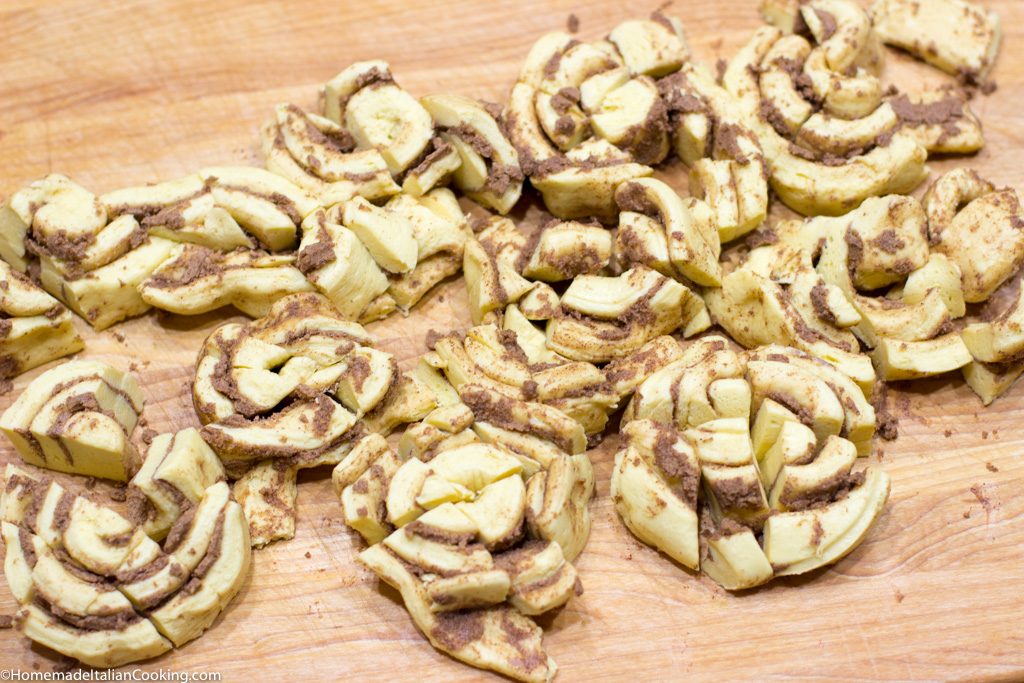 Pour a mixture of melted butter, more cinnamon and some brown sugar over the dough pieces and toss to coat. 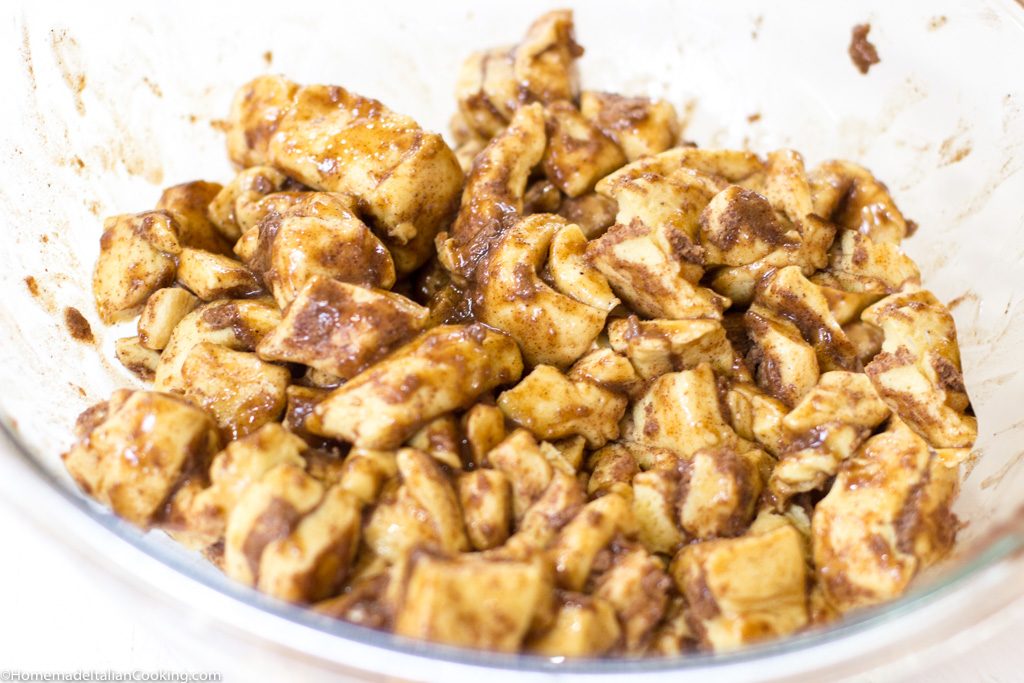 Layer the coated dough with the apple pie filling in a greased Bundt Pan. 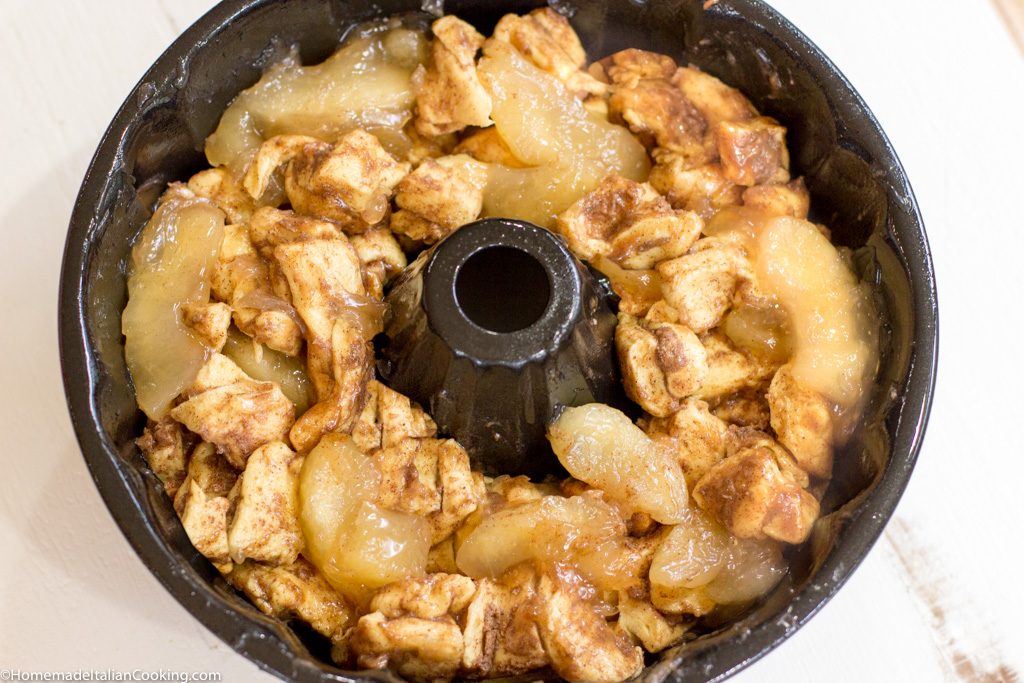 Bake for 30 minutes at 350 degrees F.  Let the cake cool, and unmold on a serving platter. 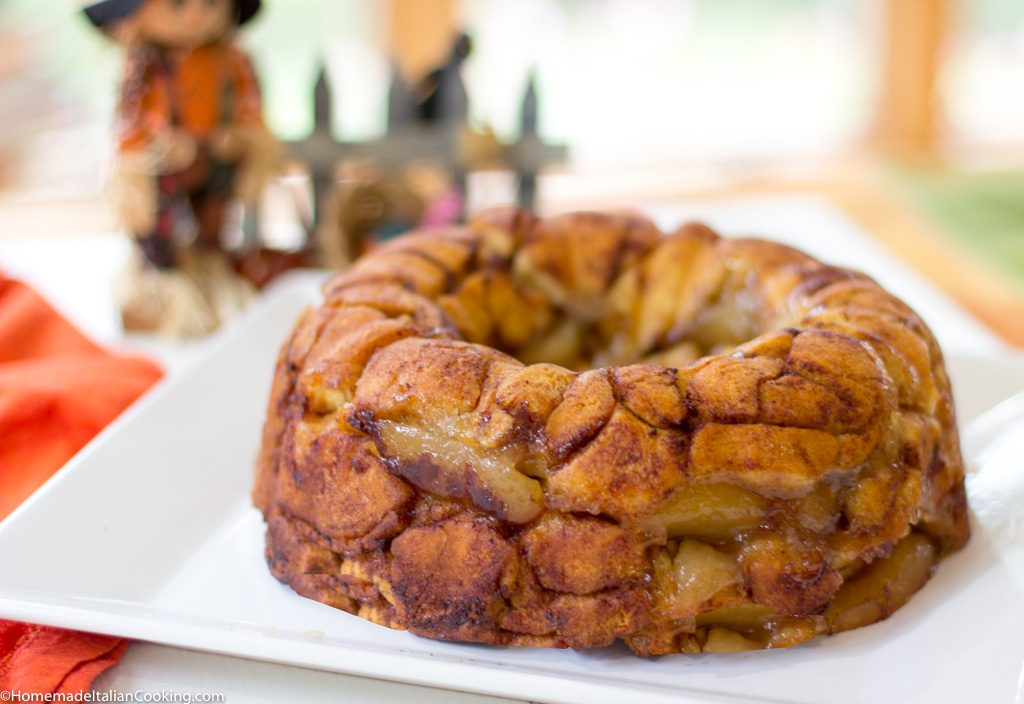 Drizzle the sugar glaze from the tubes of Cinnamon rolls over the top. I added a drizzle of Caramel Sauce for extra awesomeness! 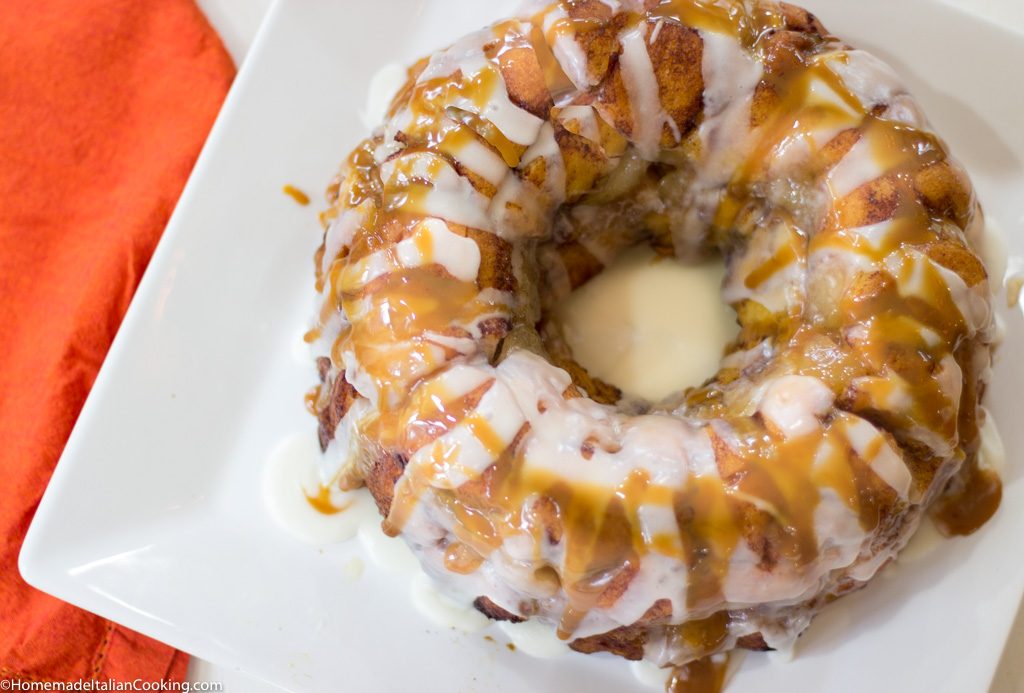 Slice and serve room temperature or warm.  I have already had a request to make it again for Thanksgiving morning! 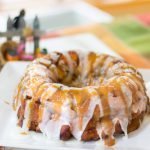 Apple Pie Cinnamon Roll Monkey Bread is the perfect weekend morning treat for your family!  The smell of apple pie and cinnamon rolls baking in the oven permeates the kitchen.  Add a good cup of coffee as a great way to start the weekend! It is quick and easy to make. You need only 5 ingredients!
Prep Time 10 minutes
Cook Time 30 minutes
Total Time 40 minutes
Servings 12 servings

END_OF_DOCUMENT_TOKEN_TO_BE_REPLACED

Cioppino, an Italian Seafood Soup, is an experience to savor and enjoy with ...

END_OF_DOCUMENT_TOKEN_TO_BE_REPLACED 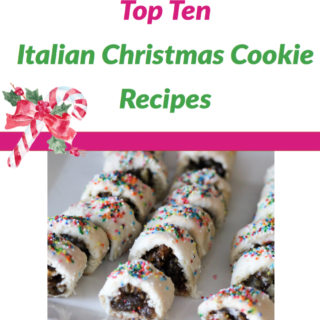 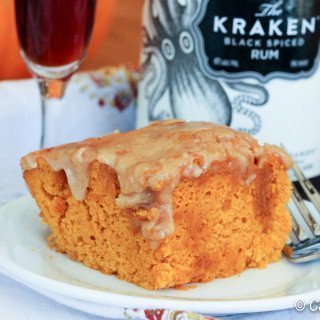 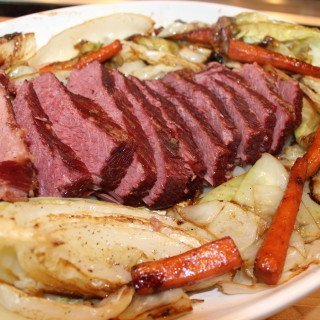 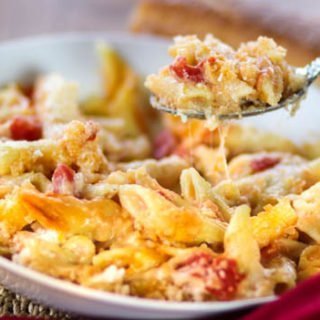